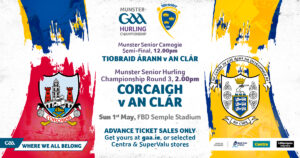 Clare defeated Cork by 0-28 to 2-20 in the Munster Senior Hurling Championship on Sunday May 1st at FBD Semple Stadium Thurles.

Cork on the brink after Clare hold on for victory

Classy Clare have one foot in the All-Ireland series after the second dazzling display in FBD Semple Stadium in seven days.

Like they did to Tipperary last Sunday, the Banner pulverised the opposition in the first half and Cork now face a mountain to make the top three in the Munster SHC and salvage their summer.

Alan Connolly’s strength to hold off Conor Cleary and kick past Eibhear Quilligan in the 48th minute had cut the deficit to five points. Connolly did well to make the most of Robbie O’Flynn’s long ball in.

And when Ian Galvin was dismissed for an off-the-ball incident in the 51st minute, things appeared to have turned in Cork’s favour. However, Clare’s reaction was exemplary, David Fitzgerald and Diarmuid Ryan shooting long-range points from underneath the Ryan Stand. Ryan Taylor added a third on the trot when Fitzgerald punished hesitancy in the Cork defence.

Both teams had shots denied in the closing quarter and Darragh Fitzgibbon did breach the Clare goal-line in the sixth minute of additional time, but it only put a better reflection on the scoreline for Cork, who now must beat Waterford in Walsh Park and Tipperary here to have any chance of avoiding a championship exit this month.

Cork led by 0-2 to 0-1 after two minutes but Clare lorded the next 20 minutes, outscoring them 11 points to one. Their first uninterrupted burst provided five points and six more followed after Patrick Horgan temporarily halted the fire with a 10th minute. Peter Duggan was a menace in the Clare half of the field, helping himself to back-to-back scores in the 15th and 17th minutes.

Cork were dismal on their own puck-out, Patrick Collins continually struggling to find a Cork jersey on the left wing, while the men in red looked so sluggish when the ball was out of play and twice were caught out for points by quick Clare restarts.

Rory Hayes was dominant on Jack O’Connor and the Sarsfields man made way for Connolly in the 26th minute. Connolly was bright on his arrival, won a converted Horgan free, then sent over a point himself as Cork returned with four points without reply to cut the difference to seven points.

The margin was still seven in additional time when Quilligan stopped well from Horgan. Shane Kingston hiccuped in picking up the rebound but recovered to send over a point and Cork were within six at the break, 0-17 to 0-11.

This game will be streamed live on GAA Go at a cost of 10 euro.

If you can't make it to Tom Semple's field this Sunday for 2pm, then join us for a season-definer for both teams.

Munster Hurling exclusively live on GAAGO
Get your Pass to watch in Ireland and overseas.https://t.co/k90AHvtZvB pic.twitter.com/ovG6vBevdr

The Cork Senior Hurling team to play Clare in Round 3 of the Munster Senior Hurling Championship has been announced https://t.co/5fr2UZFz24#SportsDirectIreland #BorntoPlay pic.twitter.com/wTxEaZwygF 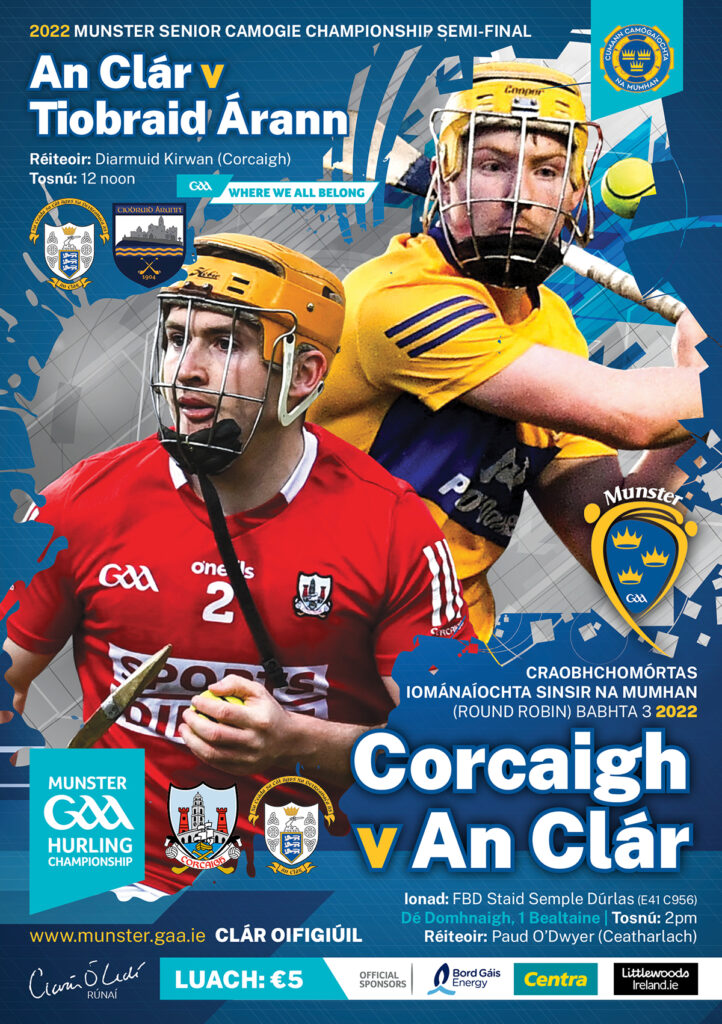