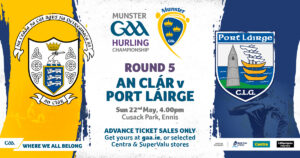 Clare defeated Waterford by 3-31 to 2-22 in Round 5 of the Munster Senior Hurling Championship on Sunday May 22nd at Cusack Park Ennis.

Report by Christy O’Connor for the Irish Examiner newspaper

Shortly after half-time, this match assumed the tone and temper of a challenge game. Clare were cruising. Waterford were bailing water from a sinking ship that had been steadily going down from the first quarter.

The last 30 minutes effectively turned into a book-keeping exercise as Clare just clocked scores for fun and Waterford were only chasing some degree of respectability on the scoreboard.

Clare had bagged 3-24 by the end of the third quarter as they led by 19 points. Waterford did get a handful of late scores but Clare could still afford to hit 20 wides and were even more in control than the final score stated.

Clare were excellent but this was a horror-show for Waterford. Liam Cahill and Mikey Bevans have built this team around high energy and powerful running but Waterford were flat and devoid of confidence and any real energy. For a team which had to win against a team which didn’t, the nature of this collapse leaves Cahill with serious questions to answer.

Brian Lohan had every right to change up the team with Clare having already qualified for the Munster final but Cahill also shook up his side just before throw-in; Peter Hogan, Mark Fitzgerald, Pauric Mahony and Neil Montgomery came in for Shane McNulty, Cárthach Daly, Stephen Bennett and Mikey Kiely.

It made no difference. Clare blitzed Waterford off the park from the first whistle. They led by 0-8 to 0-1 after just eight minutes, with Clare feasting on Waterford turnovers and gobbling up their short puckouts on the transition from their second and third balls.

Waterford were rudderless but they had lost two of their main leaders before they even knew where they were, with Tadgh de Burca gone off injured after only four minutes while Jamie Barron followed him just seven minutes later.

Clare had the aid of a strong breeze but Waterford finally got a foothold in the match and were only trailing by three points at the end of the first quarter. But then Clare pressed their foot to the gas again and gradually began to leave their opponents in their rear-view mirror.

David Reidy’s goal in the 25th minute originated from a turnover forced by Peter Duggan who released Ian Galvin before he squared the ball to Reidy who lashed the ball to the net from just outside the square. Clare’s second goal came just on the stroke of half-time when Shane O’Donnell fed David Fitzgerald off his shoulder and Fitzgerald effectively walked the ball into the net.

Clare could afford to hit 12 wides and still lead by 2-16 to 0-9. It could have been far uglier because Shaun O’Brien made a couple of fine saves from Duggan. Waterford couldn’t handle Duggan’s power under the dropping ball and he could have had another goal only for an excellent Conor Gleeson block, with the ball ricocheting off Gleeson’s hurley and over the bar.

Clare were surging with fluency and momentum whereas Waterford were devoid of confidence and any real rhythm. Waterford were sitting back against the breeze but they also hadn’t the confidence to push up the field and stop Clare working the ball through the lines and shooting from distance. Waterford needed goals but Clare got the first green flag of the half from Fitzgerald shortly after the break. The game was already over. 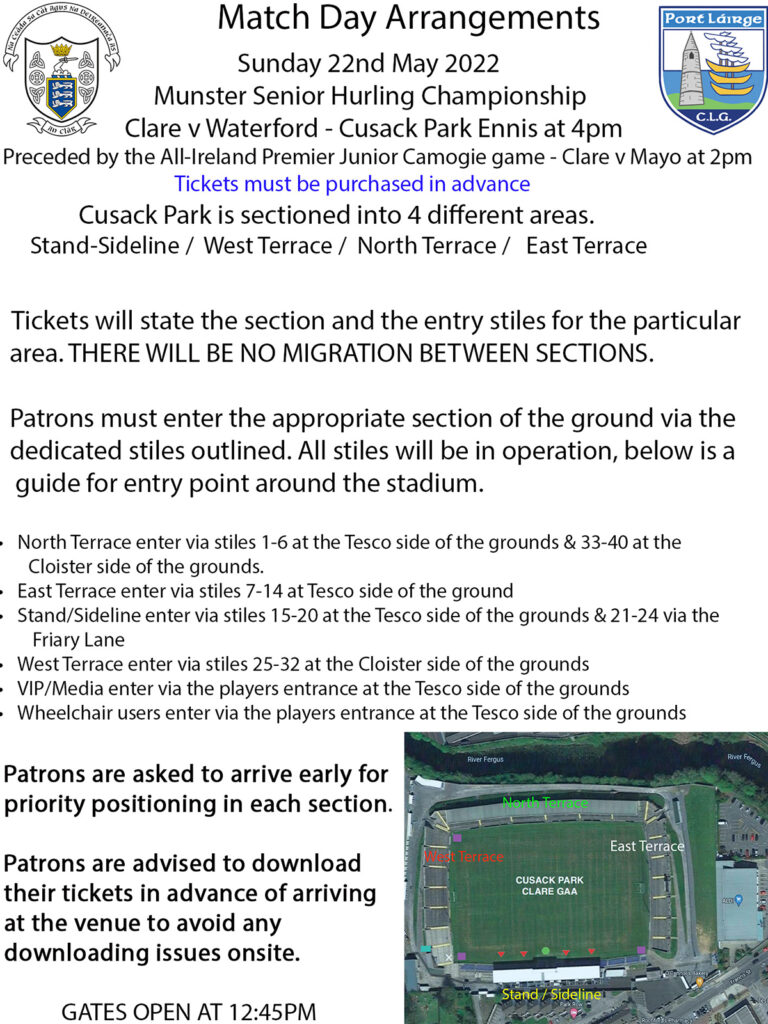 There will be public car parking available at

There will be no vehicle access to Francis St. for Match goers / Security at Shopping centres allowing shoppers access to car parks.

There are three exits off the motorway – match goers are encouraged to use all three before and after the match.

Patrons are advised to legally park within the town, don’t obstruct any private entrances or roadways.

It's crunch time in the Provincial Hurling Championships this weekend with three teams already guaranteed a place in the All-Ireland series and another six vying for the remaining three spots. #GAABelong 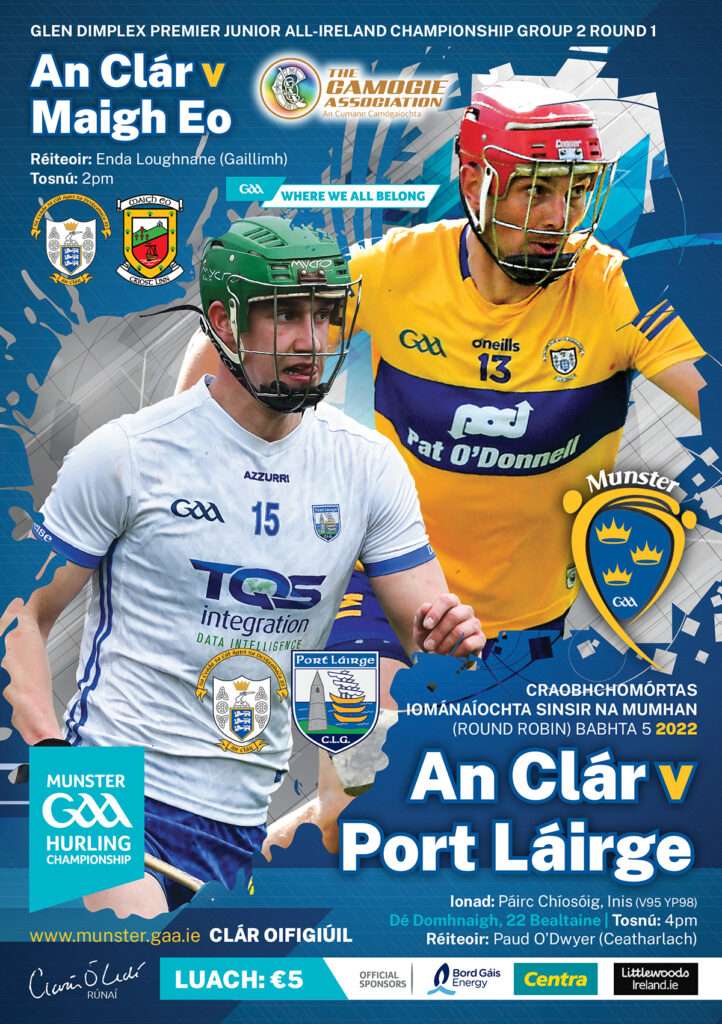