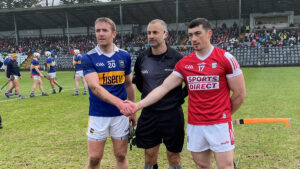 Cork come from behind to beat Tipp and claim Munster SHL title https://t.co/vwpWUhYhfq

Cork, despite being outfought and outgunned during the second and third quarters, and a chunk of the fourth as well, came late with a scoring surge to snaffle the Munster SHL trophy from a side who led them from the 29th to the 69th minute.

When Jason Forde threw over his ninth free on 66 minutes, Tipperary led 1-18 to 2-9. The visitors had outscored their opponents by 1-13 to 1-3 in the preceding 40 minutes. At one stage midway through the second period, Tipp’s lead was eight strong.

And although a Brian Hayes goal on 55 minutes put a minor dent in the Tipp advantage, a lead of six with only four minutes of regulation time remaining should have been sufficient, particularly given the way Tipperary had held the whip hand throughout the second period.

And then, from nowhere, Cork roused themselves for a madcap conclusion.

Sub Conor Lehane pointed. In the next play, he provided the final pass to fellow sub Jack O’Connor. Goal Cork. O’Connor followed his goal with a point. The deficit down to one.

It was all Cork. Tipperary thought they and the silverware were on the bus and halfway back up the road. They hadn’t bargained for this.

Brian Roche’s second brought the hosts level. A Patrick Horgan free, following a foul on his Glen clubmate Robert Downey, put Cork in front for the first time since the 25th minute. Jason Forde tied matters with his 14th.

But the final say of this contest went to Cork. O’Connor won the free, Horgan did the necessary.

Tipperary had led 1-9 to 1-6 at the short whistle. Considering they trailed their hosts from the fifth to the 26th minute, it was a lead they would have been more than content with.

It was a lead, drilling down, that had its source in the 1-4 Tipperary reeled off without reply in the 13 minutes before half-time.

Corner-forward Colin Walsh had a chance shortly after to extend the gap out to five. His effort dropped short. It was the first of two occasions in the second quarter where a point attempt of his didn’t have the legs. There were also two Patrick Horgan missed frees during this 17-minute barren Cork spell.

Tipperary had been the more wasteful of the pair early doors. And although their interval wide count was greater, seven to five, they sharpened their collective radar as the half wore on.

Their goal arrived on 26 minutes. A one-two between Sean Ryan and Conor Stakelum ended with the former hitting the corner of the net.

As for their four unanswered points during this spell of blue supremacy, three were Jason Forde frees. No more than Hoggy, Forde was not as razor sharp as usual. Then again, we’re still in mid-January.

Go back to the Tipperary goal. The delivery was provided by half-back Brian McGrath. He struck the opening point of the game, was fouled for a Jason Forde converted free, and his catch set in train the move that ended with Seamus Kennedy firing over Tipp’s fifth of the afternoon.

McGrath ended up receiving the man of the match award. The main silverware, though, stayed on Leeside. Pat Ryan’s winning start remains intact, but you can be sure that he will be placing the focus midweek on the large tranches of this final where Cork were well adrift.

January bragging rights but loads to work on.

All supporters attending this game will require a ticket. Tickets are available to purchase via the link below or at participating Centra or Supervalu outlets.

This game will be streamed live by Munster GAA TV at a cost of 10 euro.
Coverage starts at 2:30pm with pre-game interviews and analysis. 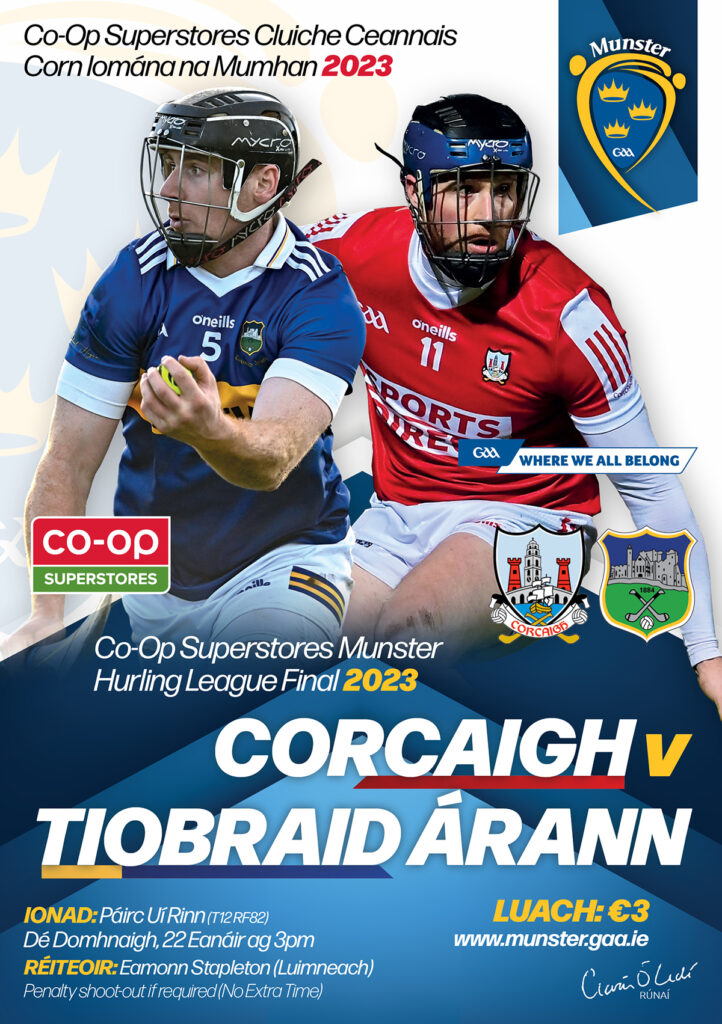 Liam Cahill has named his team for Sundays Coop Superstores Munster Senior Hurling League Final. There are a number of changes from the team that started against Clare and also a number of notable additions to the subs list. Best of luck to the players & management on Sunday 🔵🟡 pic.twitter.com/vKJ87pHtOT