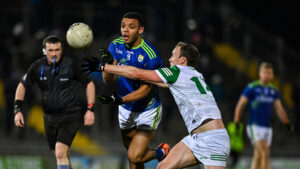 Kerry defeated Limerick by 2-23 to 0-6 in Round 1 of the 2022 McGrath Cup Football Group B on Wednesday January 5th at Austin Stack Park Tralee.

For free access to the full match video and commentary followed by a post-match interview with Kerry Manager Jack O’Connor, follow the instructions below.