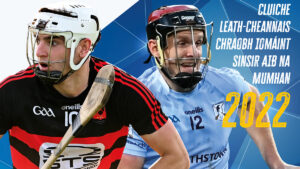 Report By Tom Clancy at TUS Gaelic Grounds for GAA.ie

Reigning All-Ireland champions Ballygunner used their powers of recovery to defeat Limerick champions, Na Piarsaigh at TUS Gaelic Grounds. Trailing by four at the interval, the firmly clicked into gear in the second period to book their spot in next month’s Munster final.

Ballyea of Clare will provide the opposition on December 3, at a venue to be confirmed.

Limiting Na Piarsaigh to just four second half points, the contribution of Pauric Mahony who ended with 13 points, was a telling statistic.

The Limerick champions were out of the traps the stronger and fired over the first three points, including a Will Henn effort. Patrick Fitzgerald got the Gunners off the mark on eight and this game began to seesaw approaching the second quarter.

The first half was of the highest standard, with the shooting, stick passing and overall play making this a really easy watch and played on a superb new surface in Limerick, before 3,321 paying spectators.

Dessie Hutchinson buried to the net on 15 minutes, this making it a one point game – 0-6 to 1-2 – receiving a pass from Fitzgerald to leave Evan Condon with no chance.

The sides were soon level, with Conor Sheehan landing the first of two first half points. But Na Piarsiagh were able to stem the flow.

Keith Dempsey abandoned his midfield berth to received a defence splitting pass from William O’Donoghue, and he drilled low to the corner to put Na Piarsaigh back in front.

Their second goal, which arrived six minutes later was a wonderful passing move, with Conor Boylan powering home after the Dempsey brothers combined and fed the inter-county player.

The half time score was 2-11 to 1-9 with Ballygunner hitting six wides, compare to two from the Limerick side.

Ballygunner clearly stifled the 2016 All-Ireland winners in the second period and implemented their own game plan much better.

The second half was a domination from Darragh O’Sullivan’s side, Patrick Fitzgerald’s 40th minute goal hauled them to within one, and Mahony levelled this game with a free. They would hit four of the next five points, with Conor Sheehan again landing two from play.

Kieran Bermingham’s needed a spark, but it wasn’t forthcoming and Mahony continued to fire over the points, landing seven from play in a man-of-the-match display.

By the time Keith Dempsey brought Na Piarsiagh back to within three points, they looked out of ideas somewhat, and the final two points went to Ballygunner, with Mahony supplying both efforts.

The five point margin was greeted to huge roars by the Gunners faithful, who are enjoying their incredible run of success.

Sunday’s match programme will be available at a cost of 3 euro. 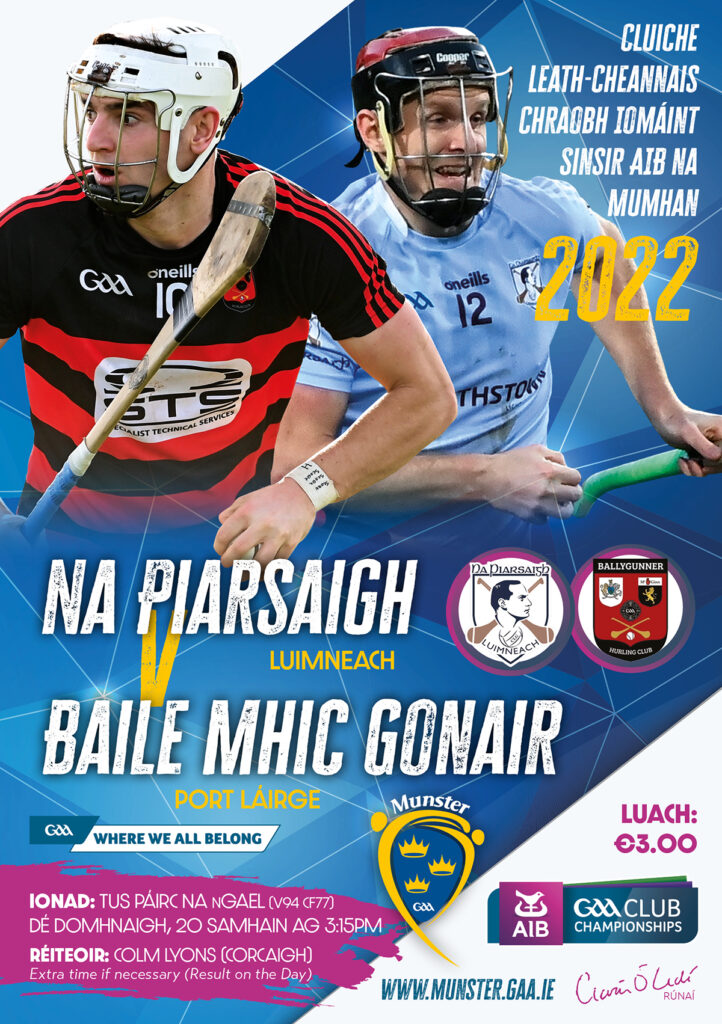