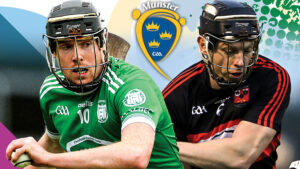 Ballygunner banished their provincial bridesmaids’ tag as they convincingly claimed their third ever Munster SHC crown in Páirc Uí Chaoimh.

Runners-up on no less than nine occasions at this stage, they were by far the better team from the middle of the first quarter and led by nine points at half-time, 1-11 to 0-5.

The hits kept coming for Kilmallock as Dessie Hutchinson scored the first two points of the new half and Kevin Mahony found the net in the 36th minute after Billy O’Keeffe had taken advantage of Liam English’s fumble of Pauric Mahony’s long-range free.

Stephen O’Keeffe made two spectacular saves from substitute Conor Hanley in the remainder but the result was never in doubt. Ballygunner were 15 up at the second water break, 3-15 to 0-19, before Hanley eventually beat O’Keeffe with a low free in additional time.

There was more spark in Kilmallock’s start and they were two points up after as many minutes although Ballygunner were back on level terms by the sixth. Those points by Hutchinson and Pauric Mahony began an unanswered 1-6 blitz, the goal coming in the ninth minute when Mark O’Loughlin failed to gather the ball and Hutchinson capitalised.

Hutchinson would have added a second but for the sharpness of Barry Hennessy in the 12th minute. At least Pauric Mahony sent over the resultant 65 and he added his third free of the game after Mikey Mahony opened his account in the 14th minute.

A much-needed Kevin O’Donnell point brought Kilmallock to within six at the first water break, 1-6 to 0-3, and Micheál Houlihan sent over the first point of the second quarter. However, the in-form Houlihan had to retire with an injury five minutes later by which time Ballygunner had extended their advantage to seven points.

The margin was eight when Mahony converted a close-range free on the half-hour mark and after some great hounding of Robbie Hanley in their own half Peter Hogan later became the fifth Ballygunner forward to score and closed out the half.

Tickets for this game must be purchased in advance. Adults €20, Students / OAPs €15, Under 16s Free

A 32 page match programme for Sunday’s game will be available at Páirc Uí Chaoimh at a cost of 3 euro. 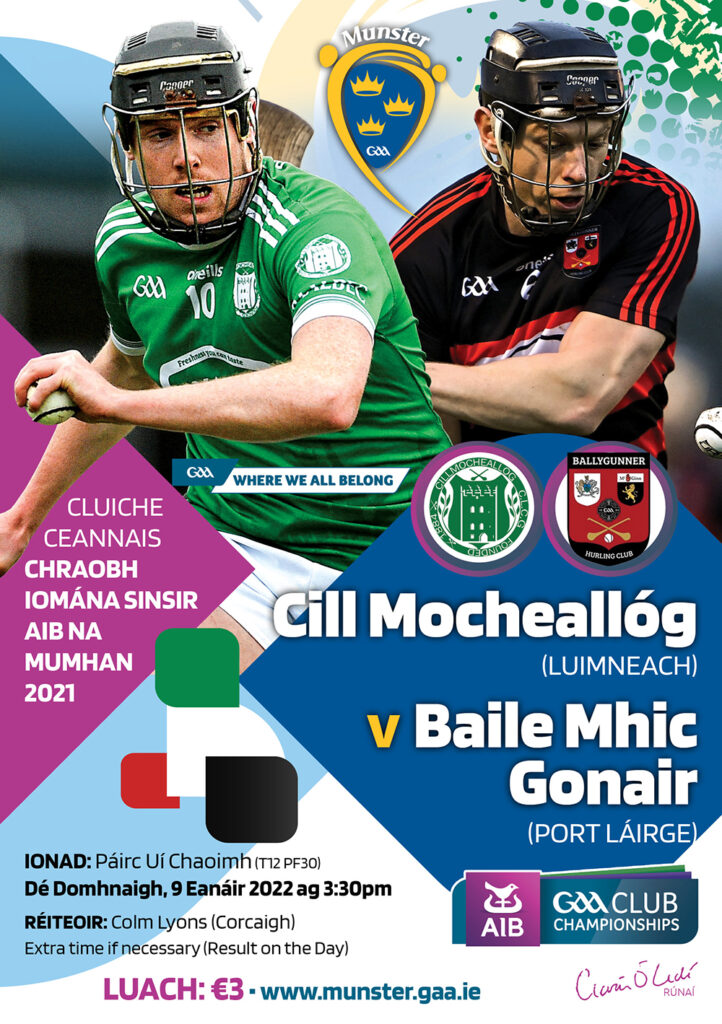