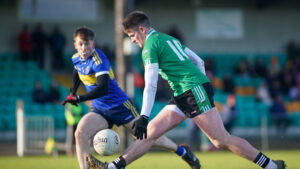 The win sets them up for a semi-final clash away to Tralee outfit Na Gaeil and was claimed at the expense of a Waterford side that finished the game with 13 players.

As was a theme over the weekend, Portlaw were without a number of regulars due to illness ended a tight opening quarter level at 0-2 apiece.

Drom’s cause was not helped by the loss of midfielder Jamie Moloney with a hamstring injury after only two minutes, but immediately following the water break David Butler got the vital touch at the end of a four-man move for the goal that put his side into the driving seat. Jimmy Mullen hit three points from frees for Drom as they moved 1-5 to 0-4 clear at half-time, all the Portlaw scores coming from John Power frees.

After Jack Boylan was sidelined after 39 minutes, Portlaw were on the back foot but were still just four points adrift at the second water-break.

However, the momentum was with the Drom boys and a tiring Déise side side never really threatened to overhaul them.

An ankle injury to county player Emmett Moloney which caused him to retire after 48 minutes will be a concern for Drom as they prepare turn their attention to the semi-final against the Kerry champions.

Portlaw will wonder how they would have fared if at full strength but they can have no complaint about the outcome, scoring only one point from play throughout the hour. 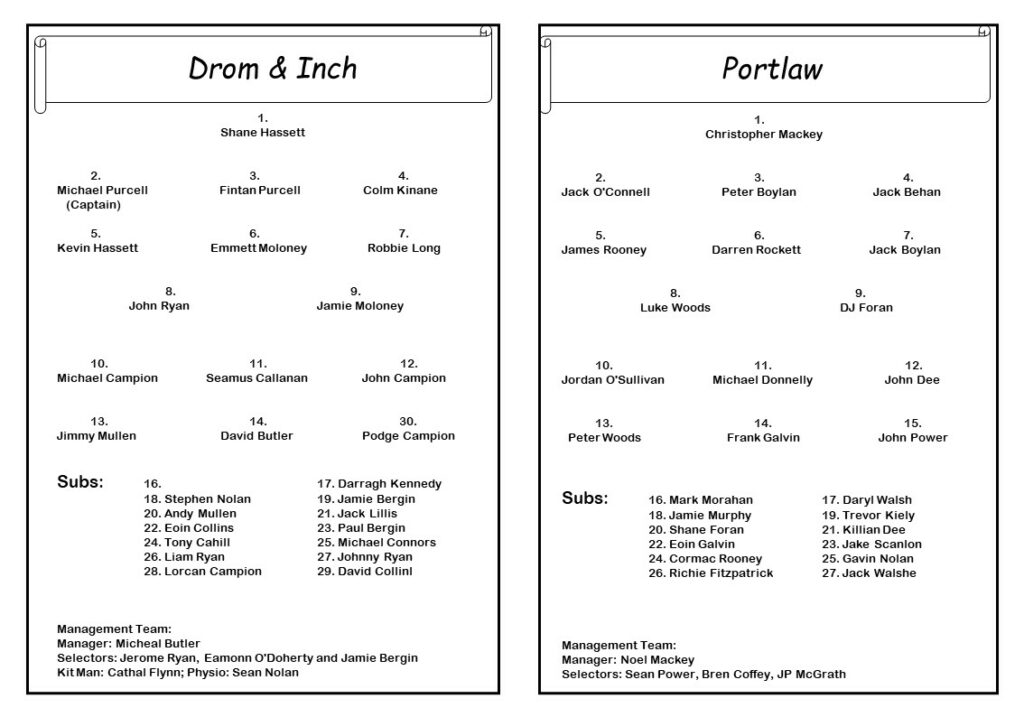