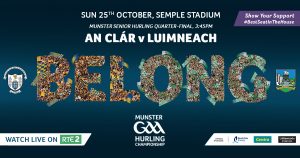 Limerick defeated Clare by 0-36 to 1-23 in the Munster Senior Hurling Championship Quarter-Final on Sunday October 25th at Semple Stadium Thurles.

Report by Eoin Brennan at Semple Stadium for GAA.ie

An electric second half display ensured that Limerick received the twin boost of Allianz League silverware and a place in the last four of the Munster Senior Championship in Semple Stadium, Thurles this afternoon.

In an unprecedented dual derby, Limerick’s superior spread of scoring threats eventually told against a Clare side led immaculately by talisman Tony Kelly who finished with 17 points.

However, while the holders never successfully curbed the 2013 Player-of-the-Year’s resistance, they did collectively demonstrate a better balance backed by 26 points from play from 11 different scorers. Gearoid Hegarty and Kyle Hayes were particularly prominent in the second period as Limerick finished with eight of the last ten points to run out handsome ten point victors.

Kelly’s heroics dominated a seesaw first half that saw the neighbours locked together on eight occasions, with the Ballyea man’s 12 point tally matched by Aaron Gillane (8), Tom Morrissey (3) and Peter Casey (2) at 0-15 to 0-15 by the interval.

Backed by the sizeable conditions, Limerick hit the ground sprinting for the new half, with six points without reply in the opening five minutes alone signalling their fresh intent at 0-21 to 0-15.

Clare did rally, inevitably though Kelly along with an opportunist goal for starting debutant Ryan Taylor in the 46th minute to slash the arrears to just the minimum.

Ryan Taylor with a cracker of a goal for @GaaClare! pic.twitter.com/g6PmEpfGM4

However, it only seemed to anger the champions who would first restore their six point cushion by the turn of the final quarter before finishing the game as a contest by finally put their flagging opponents to the sword with an eight point haul in just 11 minutes. 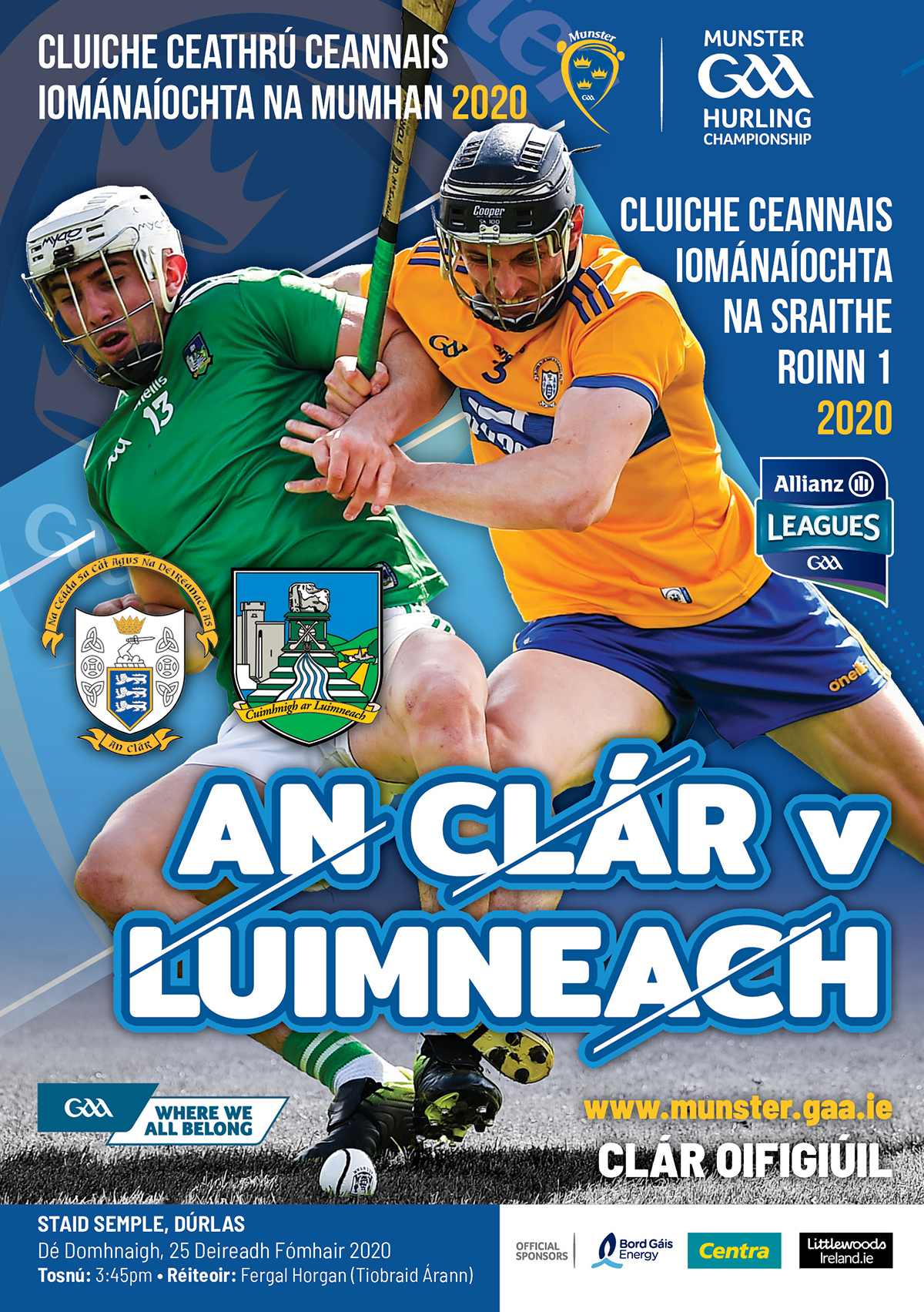 Click to view the 24 page Match Programme in PDF Format

Printed programmes are available for individual sale for €6 (€5 + €1 postage for the Republic of Ireland).

Alternatively, orders can be taken by credit card by calling the Munster GAA Office (061-338593) during working hours (Monday to Friday, 9am to 5pm). Note next Monday is a Bank Holiday. 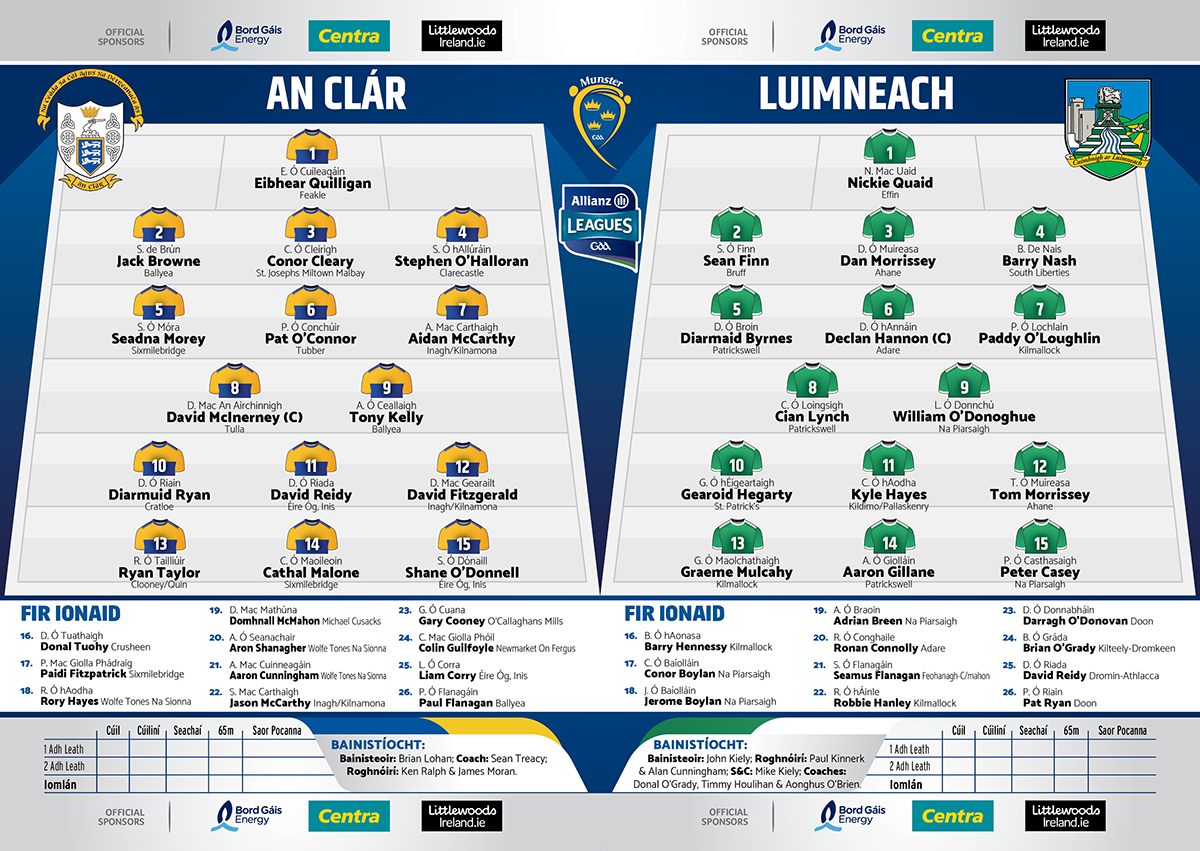 It promises to be a lively few days with @gaaleinster and @MunsterGAA Championship, and Joe McDonagh Cup fixtures all on the agenda #GAA

WATCH: @LimerickCLG manager John Kiely gives an update on his squad ahead of next weekend’s @MunsterGAA championship clash with Clare! ##SportLK pic.twitter.com/32J6ldSqs9