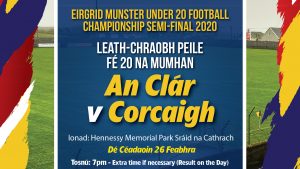 The tag of raging hot favouritism meant that for Cork this journey into the West Clare night was first and foremost about avoiding any potential banana skins they might encounter along the way.

Keith Ricken’s side did that, but only just, with this narrow two-point victory after a dour struggle against a well-prepared Clare side amounting to mission accomplished as they set up a mouth-watering re-match of last year’s provincial final with old foes Kerry.

“Championship is championship and it was always going to be a tough game,” said Ricken afterwards.

“We had a four hour journey up here and we would have taken a one-point win and I am delighted they dug deep to get the job done,” he added.

An eight-point haul by Blake Murphy, one of six survivors in the starting 15 from last year’s All-Ireland win over Dublin, meant that the Rebels survived a mighty scare.

The wind and rain that traditionally greets footballing protagonists in Hennessy Memorial Park may have been absent for much of the night but at the end both were driving Clare forward as they tried to cause what would have been a huge shock.

That the Rebels survived owed as much to Clare’s indiscipline in defence as much as anything else as Murphy punished indiscretions by firing over frees in the second half that helped the champions come from behind and take command of proceedings.

It was Cork that held sway in the opening exchanges when aided with the slight breeze and after being gifted a goal in the tenth minute they moved into a 1-2 to 0-1 lead and looked very comfortable.

The goal came after a 45 from Murphy, who had notched a couple of early frees, was spilled by sweeper Daniel Walsh to allow Jack Murphy drill to the net from eight yards.

It could have knocked the stuffing out of Clare’s challenge but from there until half-time they picked up great momentum thanks to a hard-running game and the danger posed in the forwards by Shane Meehan, Mark McInerney and Emmet McMahon.

It was McMahon who kick started their comeback in the 15th minute.

Josh O’Keeffe’s short kick-out was intercepted by McInerney, who linked up with Meehan, before the ball eventually dropped to McMahon on the edge of the square and he fly-hacked home.

At once Clare believed and despite leaking scores to Blake Murphy and Mark Cronin they rallied once more with McInerney bagging 1-1 before half-time to give them an interval lead by 2-2 to 1-4.

The goal was brilliantly worked, with Cillian Rouine, Eoin Rouine, Diarmuid O’Donnell and McMahon all involved before McInerney flashed a great shot into the left corner of the net to give the home side the lead for the first time.

However, it was short-lived as Clare’s challenge petered for much of the second half, with Cork turning the screw in the third quarter thanks to seven unanswered points from frees to move 1-11 to 2-2 clear.

From there they looked like coasting home only for Clare to rally in the final ten minutes, bringing the game to the wire thank to a hat-trick of McInerney points, another from McMahon and a final effort from Oisin Looney when they needed an equalising goal.

The Cork Under 20 Football Team to play Clare in the @MunsterGAA Championship has been announced. https://t.co/vEYCHPax4g pic.twitter.com/CYa5ni23LV 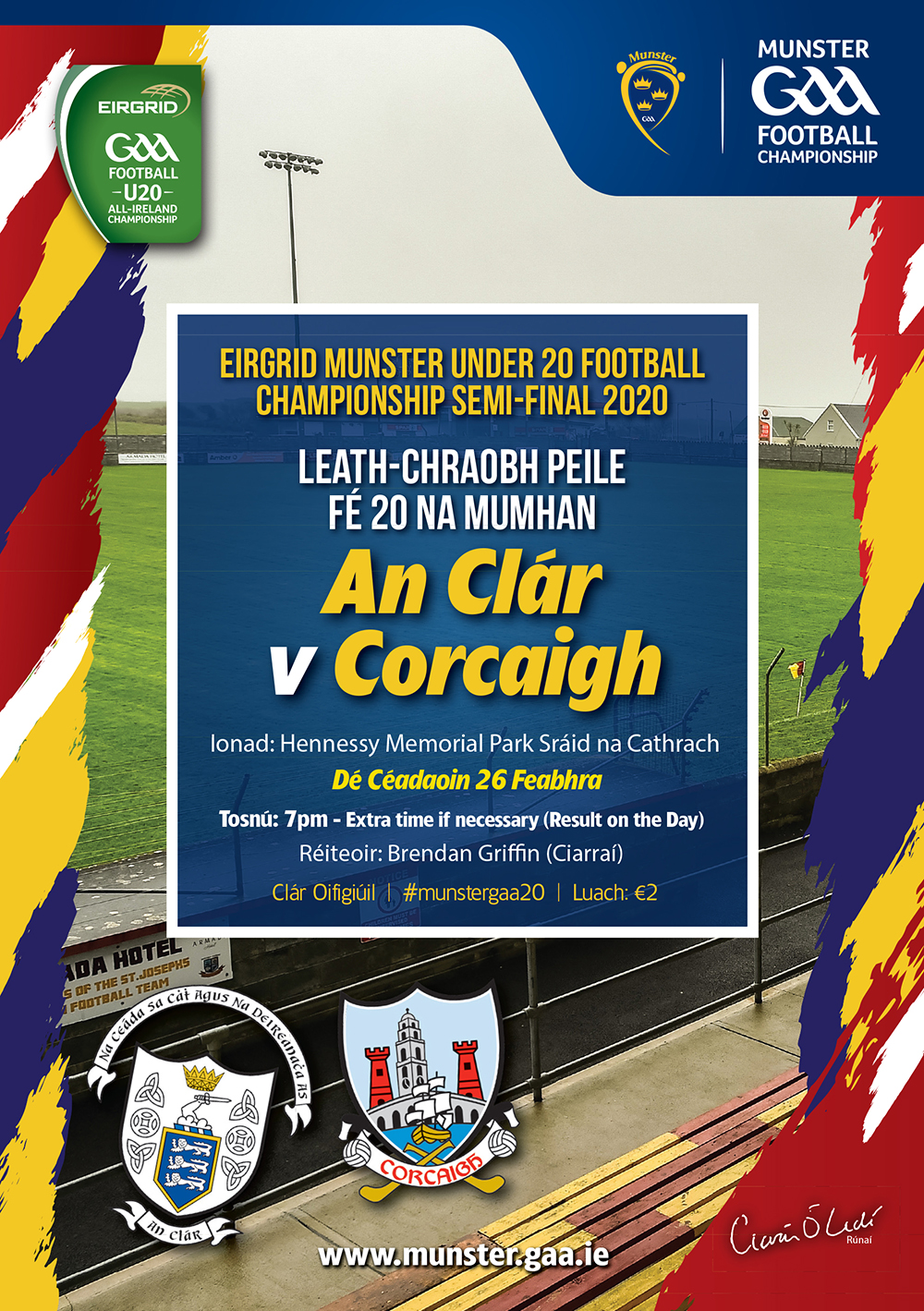