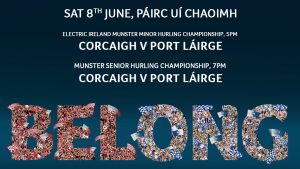 Cork defeated Waterford by 2-30 to 2-17 in the 2019 Munster Senior Hurling Championship on Saturday June 8th at Páirc Uí Chaoimh, Cork.

Report By Denis Hurley at Páirc Uí Chaoimh for GAA.ie

A strong finish saw Cork pull away from a resilient Waterford side before an attendance of 26,521 in Saturday evening’s Munster SHC tie at Páirc Uí Chaoimh.

While the visitors’ hopes of progressing to the All-Ireland series had ended with defeat at home to Limerick last week, they put in a strong display for three-quarters of this encounter before Cork’s attacking depth helped them to finally ensure the victory.

Patrick Horgan finished with 1-10 for John Meyler’s side, who now have four points ahead of next Sunday’s final group game, against Clare in Cusack Park. The attacker had opened the scoring with a free before finding the net in the fifth minute, showing lovely control from an Alan Cadogan delivery before firing beyond Billy Nolan.

Patrick Horgan blasts it into the net early for @OfficialCorkGAA pic.twitter.com/BMMgv9SCsz

However, that blow wasn’t fatal for Waterford, who had the strong wind, and they slowly came into the game as Cork failed to build on the fine start. Stephen Bennett was the scorer-in-chief for Páraic Fanning’s side with Calum Lyons strong in the half-back line and they reduced the deficit to just a point on three separate occasions. Unfortunately for them, an equaliser remained elusive and Shane Bennett and Thomas Ryan couldn’t make the most of goal chances.

Cork, too, failed to capitalise on opportunities as Nolan, making his championship debut, saved from Séamus Harnedy and Bill Cooper, but after the latter Cork kept play alive and Cooper’s pass found Alan Cadogan, who drilled the ball to the net for a 2-9 to 0-10 advantage.

By half-time, it was 2-11 to 0-11 and though Peter Hogan opened the second-half scoring for Waterford, Horgan’s massive free from behind his own 65 suggested that Cork would remain in control.

They were tested when Stephen Bennett batted home a Waterford goal from Thomas Ryan’s pass, but five points in a row settled Cork, with Horgan very much to the fore and Cadogan and centre-back Mark Ellis on target too.

They were seven ahead after Horgan’s tenth on 48 minutes and though Shane Bennett got a second Waterford goal, Cork stayed steady.

Subs Shane Kingston and Conor Lehane had points as they got five of the next six to finally put doubts about the outcome to bed and another replacement, Tim O’Mahony, scored two at the death as they had 13 to spare by the end.

Stand tickets for this fixture are now SOLD OUT. Terrace tickets remain available at the pre-purchase rate of €15 until midnight tonight & will be on sale for €20 at the venue from 3:30pm tomorrow.

Best of Luck to Paraic Fanning, his management team and all the panel! #deiseabú #GAABelong
⚪️🔵 pic.twitter.com/qaoSNmsffG

For a second year in a row, They meet in the circumstances where Waterford are out of contention for a place in Munster’s top three, while Cork are still very much in contention after winning won and losing one of their opening two games.

*This will be the 67th championship clash between the counties. It’s 46-14 in Cork’s favour with six draws. Cork also had a walkover when Waterford failed to field in 1890.

*Waterford have not won a championship game since beating Cork in the 2017 All-Ireland semi-final. Since then they have lost to Clare and Limerick (twice each), Cork, Tipperary and Galway. They also drew with Tipperary.

*This is Waterford’s final ’round robin’ game while Cork will play Clare in their last game on Sunday week. 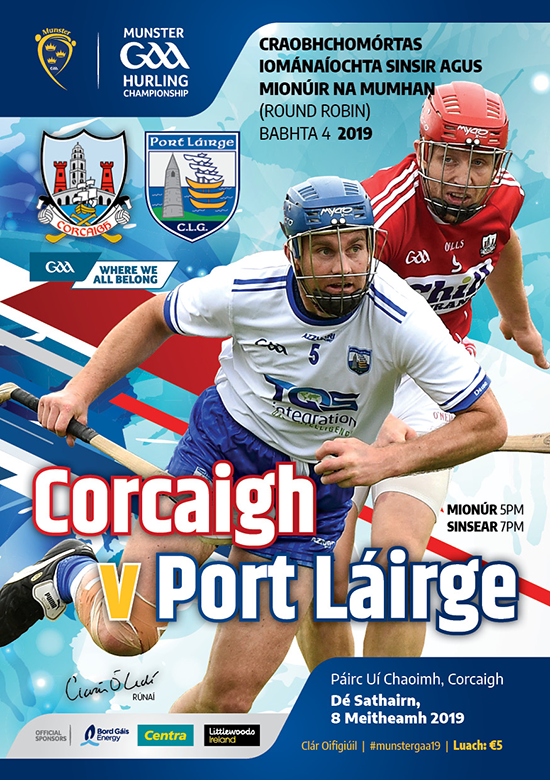