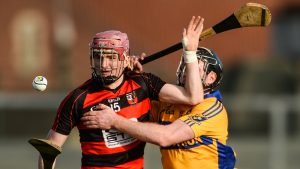 Report By Eoin Brennan at O’Garney Park, Sixmilebridge for GAA.ie

Ballygunner maintained their indian sign over Clare opposition with a third successive victory in as many seasons to protect their Munster Senior Club Hurling Championship crown in front of 1,916 in O’Garney Park, Sixmilebridge.

In truth, it was a clinical first defence for the six-in-a-row Waterford champions, who led from start to finish on their way to a merited 12 point triumph, their second over Sixmilebridge in three years.

Backed by a sizeable breeze in the opening period, Ballygunner hit the ground sprinting, with chief threats Dessie Hutchinson (2) and Peter Hogan (3) helping their side to a 0-7 to 0-2 advantage by the tenth minute.

Sixmilebridge did appear to weather the storm somewhat when equalling their opponents efforts on five more occasions by the 30th minute at 0-12 to 0-07, predominantly through Conor Deasy (3) and Pauric Mahony (4).

However, a sucker-punch last gasp rebound goal through former Premier League soccer player Hutchinson following a superb slaloming run from Barry Coughlan would catapult Ballygunner into a handsome 1-13 to 0-07 cushion by the break.

So while Sixmilebridge did welcome the wind for the new half and grabbed the first two points through Alex Morey and Jamie Shanahan, two spurned goal opportunities ensured that the home side were unable to sustain their recovery efforts.

Instead, Ballygunner struck decisively on the counter-attack, with Dessie Hutchinson winning three frees for Pauric Mahony to convert while substitute Conor Power also chipped in with two scores as the visitors turned the screw with seven of the next eight points to effectively seal victory.

Ballygunner’s reward is a penultimate stage clash with Limerick champions Patrickswell next Sunday in Walsh Park, a ground that they have remained unbeaten in over the past five seasons.

Click here to buy tickets or tickets can be bought at participating Centra and Supervalu outlets.

Don’t forget to pick up a copy of the Souvenir 32 page match programme for 3 euro on the day. 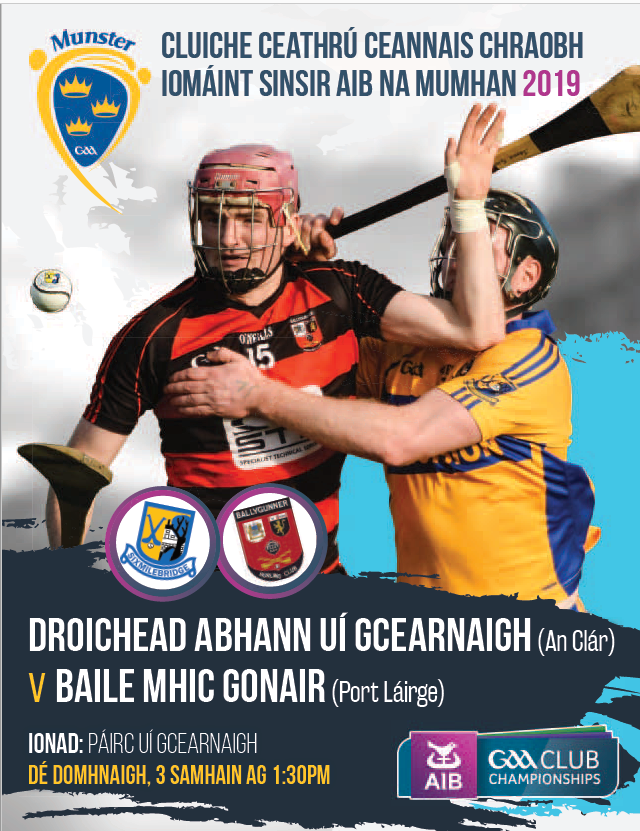 As @SMBGAA and @ballygunnerHc clash in the @AIB_GAA @MunsterGAA Quarter-Final this weekend; GAANOW Rewind takes a look back to when the two sides met in the epic 2017 Munster Semi-Final. Ballygunner trailed by 5 points at halftime but won the game by a point at Walsh Park! pic.twitter.com/53REZRzu7W