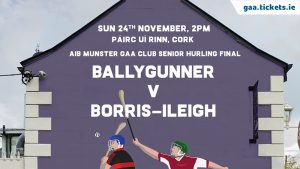 Borris-Ileigh bridged a 39-year gap as they edged out Ballygunner at Páirc Uí Rinn to claim the AIB Munster Club SHC title.

Having won a first Tipperary title since 1986 earlier this month, Brendan Maher’s 59th-minute point – his seventh of the game – proved to be the winner as they claimed provincial supremacy for the first time since 1981.

Maher was outstanding for the victors, while Kieran Maher’s 44th-minute goal was crucial in getting them back in the game when it looked as if Ballygunner might pull away, having established a three-point lead.

Though the Gunners re-took the lead when Barry O’Sullivan netted in the 51st minute and the Waterford side were 1-11 to 1-10 in front after Conor Sheahan’s point on 53, it was to be Borris’s day as Maher sent over two late frees.

Before a crowd of 2,663 in Cork, the game never really ignited in the first half, with the conditions not conducive to sparkling hurler. The first six points were evenly shared over the first 11 minutes, with Maher and Pauric Mahony on target from frees for their respective sides.

Gradually, Ballygunner got on top, with Philip Mahony directing matters from centre-back, though they needed goalkeeper Stephen O’Keeffe to be alert when Kevin Maher got a touch on a Maher sideline cut on 13.

At the other end, Dessie Hutchinson was getting in the groove for the Gunners and he made it 0-6 to 0-5 on 19 minutes before Paddy Leavy rounded off a good move to open up the first two-point lead of the game and Hutchinson added another with a super score from the left.

Conor Kenny pulled one back for Borris, but Pauric Mahony’s fourth ensured that Ballygunner led by 0-9 to 0-6 at half-time.

While Maher had the first point of the second half, the Gunners might have opened up a five-point lead when Hutchinson’s super reverse pass put Peter Hogan through on goal. He was illegally halted and Pauric Mahony put three in it again, but the next score was crucial.

Borris wing-back Ray McCormack was the architect as his driving run opened up space and his off-load to Kieran Maher was perfect, allowing him to slot home.

An inspirational Brendan Maher point put them ahead for the first time since the opening minute and his fifth point made it 1-9 to 0-10. However, the game looked to have turned again when Hutchinson found O’Sullivan in splendid isolation and he fired to the net to put Ballygunner back in front.

Jerry Kelly and Conor Sheahan exchanged points and Brendan Maher’s sixth suggested that extra time might be in the offing, but when Niall Kenny was fouled as he attempted a goal chance, Maher sent over the free and they held out for the victory.

"I won an All-Ireland early in my career, so I've been chasing this all my life" 😄

They might be underdogs going into Sunday's AIB Munster Club SHC Final against @ballygunnerHc, but @Borris_GAA have always possessed a healthy self-confidence grounded in tradition and success that should stand to them. 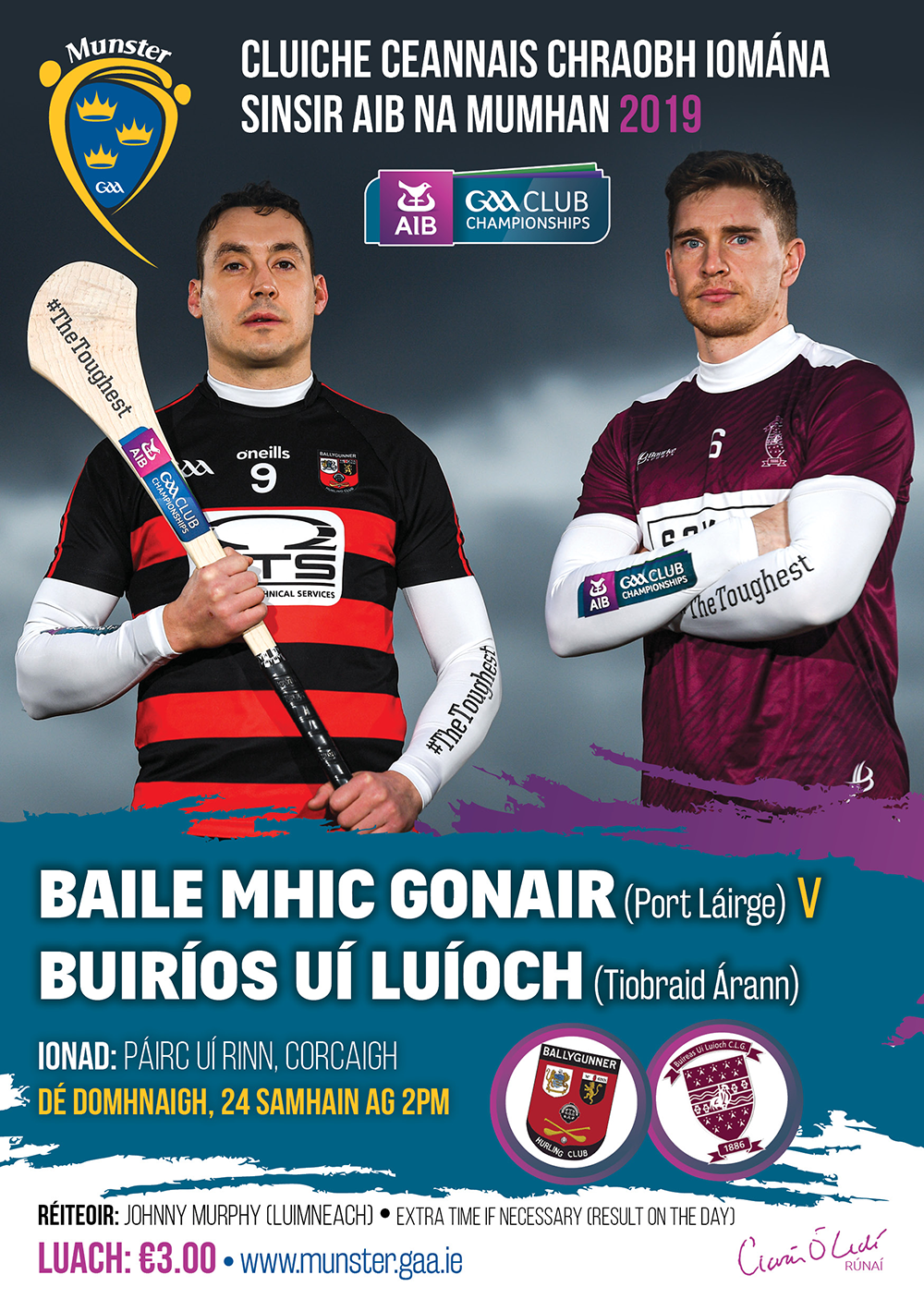 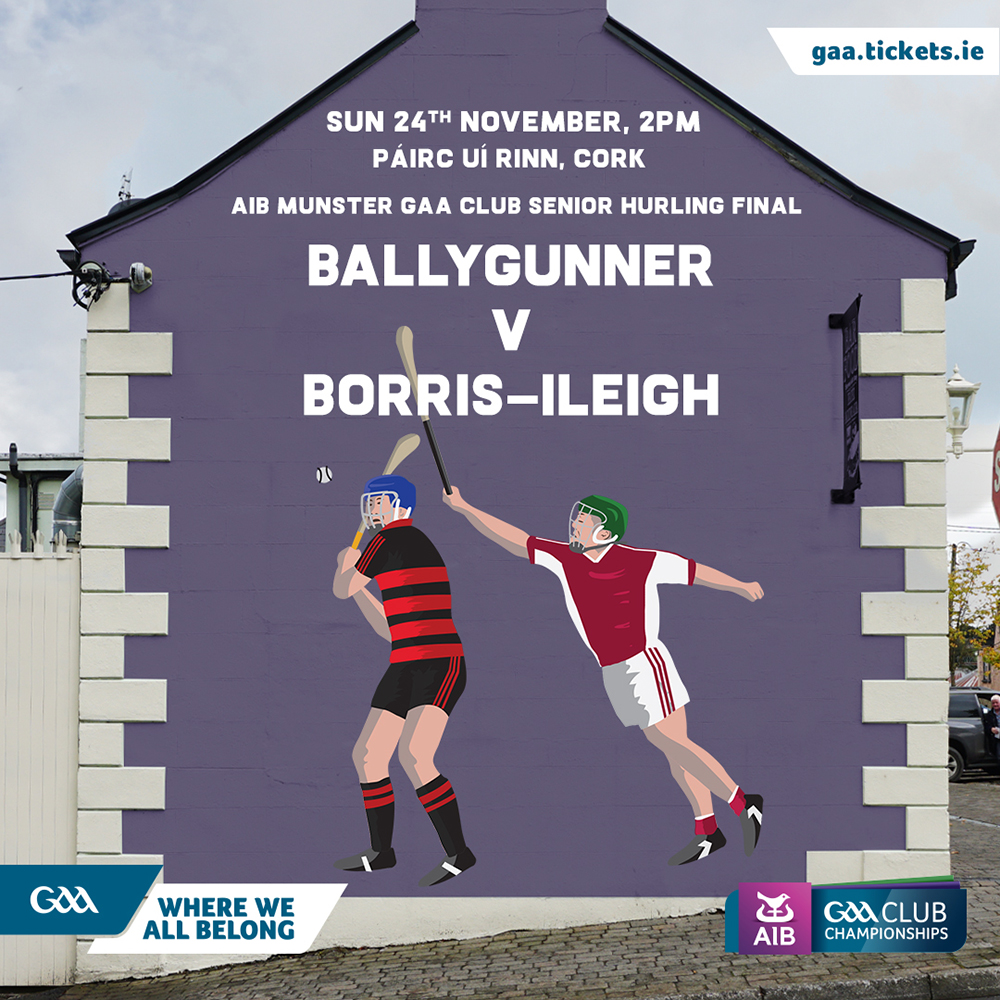