Not to be melodramatic about it, but when Sarah Fryday wowed us with her all-action display in a new position during Tipperary’s victory over Offaly that booked a place in today’s Littlewoods Ireland Camogie League Division 1 semi-final against Kilkenny at Nowlan Park, it felt a little bit like a second coming.

Fryday was slated for stardom as part of that All-Ireland-winning U16 and minor teams, introduced to the senior panel not long after celebrating her 16th birthday.

That was ten years ago now and while Tipperary have made consistent gains, particularly in the past five or six years, the now 26-year-old’s contribution to that has been fitful, for a variety of reasons.

Lightning quick with all the skills, she was a nightmare to mark in her first phase, but Tipp weren’t making an impact at that time, as the youngsters needed time to bed in.

Between 2016 and 2020, she suffered two cruciate ligament injuries. The first of those prompted three volunteer stints for Nurture Africa in the Ugandan town of Nansana. These were life-changing experiences she wouldn’t change for the world.

While she travelled with the full blessing of manager Bill Mullaney, those summer sojourns, allied with the injuries and then a more prolonged period of world exploration, denied her a clear run. We weren’t seeing the very best of Sarah Fryday.

“You are right,” agrees Fryday. “I did the cruciate first in 2016. After I went to Uganda in 2017, I went back in with Tipp the year after but I also went away to Uganda for three weeks. Bill was very supportive at the time… When I went away and came back, I wasn’t starting obviously because I was away.

“I made my way back in 2018 to starting the All-Ireland semi-final against Cork. But I do remember thinking that year that I was after taking a girl’s place basically for the All-Ireland semi-final who had been training all year. So when I decided I was going again in 2019 and going travelling beyond that, I decided to remove myself from the panel fully. I couldn’t bear that, walking back into a panel.

She has spoken before of how much the progress made in terms of medication, education for girls in particular, reduction in HIV rates and general self-sustenance meant to her. And how much the cheeriness of the people impacted upon her, giving her an element of life context. It was impossible not to be floored by the latest setback though.

“It was tough enough mentally more than physically. I was part of the Tipperary Ladies’ senior football team as well. It was something I had dreamt about for a number of years, would I be able to do the two. Getting back after my first ACL, after a few years I said maybe the time is right. I probably was at the fittest I could have been, in very good shape. Then for this to happen in January, when coronavirus was still only being whispered about.

“All of these things are going through your head blaming yourself, were you doing too much and all this kind of stuff. That was the toughest when it happened. Then once you get the operation and everything is going up from there, you have a milestone every week, every month. You are back walking, you are back running, you are back cutting, all of a sudden you are back in non-contact training and all that.”

So last Sunday felt like a release, and a statement. That she was at wing-back, was notable but it suited her strengths. So good was she that despite Grace O’Brien plundering 2-4 from play and regular scoring phenom clocking in with 2-5, she was selected as player of the match by analyst, Elaine Aylward.

Given her misfortune, nobody would begrudge Fryday the recognition, but the opportunity might never have come but for the cruciate knee ligament damage done by her best friend and housemate, Clodagh Quirke.

The pair share a house with Devane and their Clonoulty-Rossmore clubmate, Amy Quinn. All four have fallen foul of the cruciate curse that haunts women in particular. Like Fryday, this is Quirke’s second.

“There is plenty of advice to be got in the house. It is crazy. Whatever is thrown at Clodagh she will take it. She is waiting to get her appointment for Santry and once she gets that it is going to be head down and working hard again. Anything that is thrown at her she will manage it.

“She is so important to have inside with Tipp at the moment because she is respected so much from all the players and management alike. A lot of girls would look up to her as a girl who started off on the bench and then through sheer hard work, she got herself onto the team and captained Tipperary. She won’t be going anywhere.

“I think the last time I played wing-back was an U14 boys’ county final in 2008 against Toomevara. Clodagh was at the other wing that same day. If you asked me what my favourite position was, I might say midfield but I would always be put into the forwards.

“But it happened by default really just in a training match one day. We were down a few backs at the time as well. Clodagh was after doing her cruciate unfortunately. And Karen Kennedy was out getting her wisdom teeth operated on. It just happened. It’s trial and error really at the moment. You are only as good as your last game. We will see how the next one goes.”

Fryday is an accounting and business teacher in the Pres in Thurles, where Devane and Cian Treacy, manager of Tipp’s intermediates, also teach. They nearly avoid talking about camogie at this stage.

Fryday and Devane went to school there too and Fryday is currently supervising Leaving Cert exams. When we speak, she is rushing from Newport to get home for a challenge match, where the U16 team she is in charge of with Quirke and David Egan have a challenge match.

She also looks after the U7s with former Tipp hurler John Devane, Cáit’s brother. This is someone with a very altruistic attitude.
“Just making a small impact on one person’s life it’s massive. There is a good crew of us rowing in with the club, creating a culture of giving back, helping out with underage teams. That is all part of the same thing just on a larger scale in Uganda. It is about giving back and just creating something that is sustainable. Trying to get the best out of everybody from a young age up to an old age.”

There is no affectation about this. When the interview concludes she asks you if she can mention that the players wore black armbands in honour of Noreen Ferncombe, the mother of selector Dinny, who had passed away during the week.

“It is a family that we have in there and when one person is feeling it, we are all feeling it. Hopefully the win against Offaly upped the spirits a little bit.”

Clare’s Chloe Morey – “It’s do or die but I am really excited about it.”

Chloe Morey is talking from Inch Beach, a slice of paradise in Kerry. “Living my best life,” as she says with a chortle of contentment. 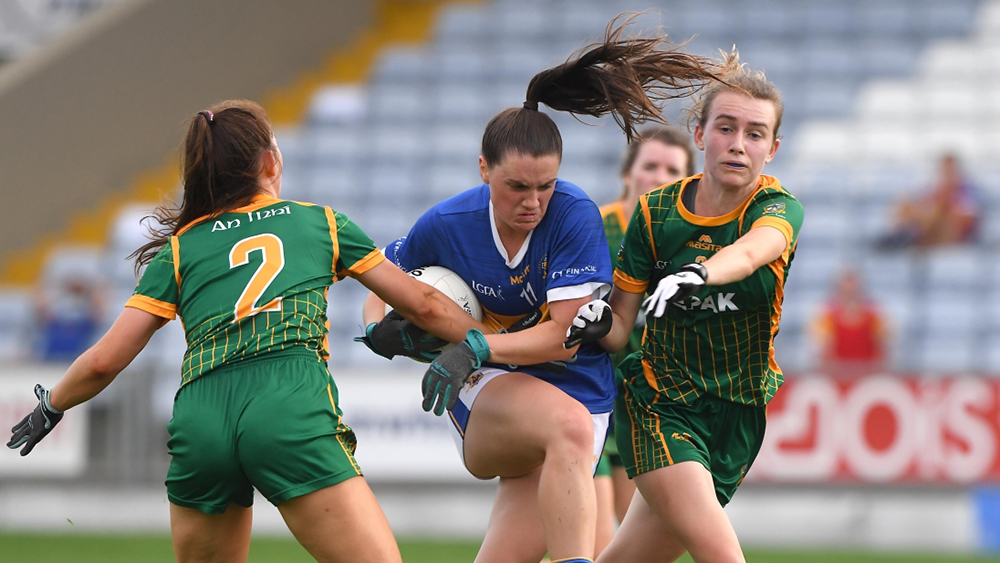 Meath survived a stern third-quarter test but passed with flying colours to advance to the knock-out stages of the TG4 All-Ireland Senior Championship with an impressive victory over Tipperary in Portlaoise. 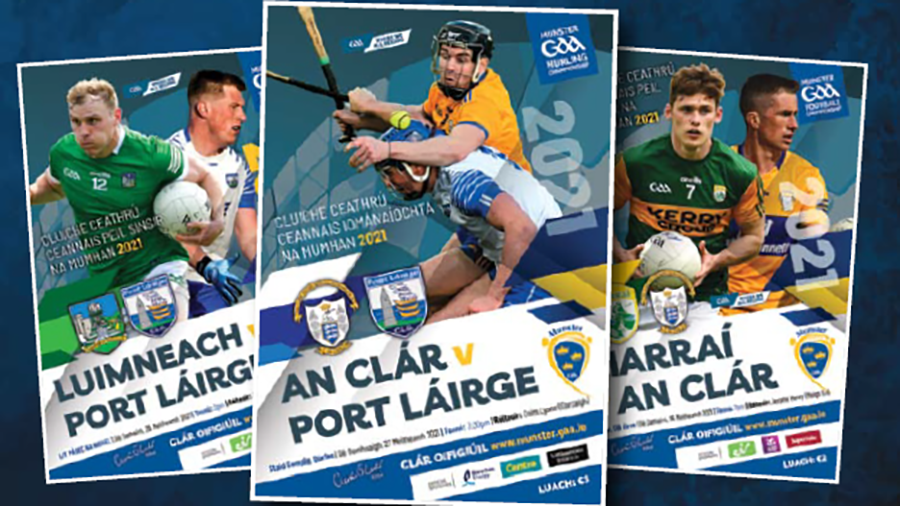 For those unable to attend in person, Munster GAA have organised for hard copy match programmes to be purchased in two separate bundles.