Like all Irish communities, the last ten months have been difficult for exiles in London, but the family focus of clubs like Holloway Gaels has helped its members survive and thrive.

Like all Irish communities, the last ten months have been difficult for exiles in London, but the family focus of clubs like Holloway Gaels has helped its members survive and thrive.

Cut off from their homeplace because of the travel restrictions surrounding Covid-19, the Irish in London have looked to each other for help and support.

According to Holloway Gaels chairperson, Aisling Clifford, a vast web of connections in the community have renewed their efforts to create a home from home.

Instead of seeing a drop off in membership last year, LGFA club Holloway Gaels, who are based in North London, saw their adult playing numbers swell to over 50 at the end of 2020. With gyms and other exercise facilities closed, interest in the game has surged so much that they will be entering Junior and Senior teams this year.

“The interesting thing about when you join a club in London is that you automatically have joined a family. I know that word gets bandied around a lot, but you join a lattice of connections that stretch across the GAA and LGFA family,” said Clifford (42), who represented her native Kerry on the playing fields during the 90s.

“I’ve been a member of Holloway Gaels for 13 or 14 years now. There, I was introduced to music, culture, tradition and charity. When I joined, I remember distinctly an opening up of all that world to me, that I couldn’t believe had existed in London.

“The flip-side of Covid is that it triggered people to want to get involved again. There was a sense of wanting to connect with people.

We have had a record year, so much so we are entering two teams this year. And I know that other clubs in London are thinking the same way to cater for the volume of new players.”

Just like in Ireland, when the first lockdown was called in Britain, fear and anxiety were natural side effects. Surrounded by 8.92 million people, one might imagine that separation could be avoided, but Holloway Gaels’ members had to fight hard to stay in touch with each other.

“London became very isolated very quickly when it should have been the opposite because we are all so densely packed together,” said Aisling.

“I imagine that my family and many others think that, in London, you can hop on a bus and easily get to training or get to see people. But going to training could take two or three bus rides – not everybody has a car. And very few people wanted to go on public transport, but you can’t get around without it.

“It was like the after-effect of a nuclear explosion. There was a silence to begin with, but then in our club we noticed people swiftly moved to online engagement.

“We made the decision that we were going to maintain the social element of the club too, which is a huge part of what we are. Even though we had to cancel our annual Ann Dunning and Chloe Cup competition, on that night we had an online event.

“Ann Dunning was our founder member, who died of cancer some years ago and Chloe was a young girl who played with our underage group, who also unfortunately died of cancer.

“We reached out to the diaspora of our club all over the world and had a social event, which we continued throughout the whole year.”
Aisling has worked in the NHS for almost two decades now, where she has responsibility for the delivery of mental health services in 12 of the city’s boroughs. Armed with that knowledge, she encouraged the club and London LGFA (of which she was vice chairperson in 2020) to increase their efforts in the last year.

“Many of us are lucky enough to have a job that has continued, but we know that people can very quickly slip into not getting up in the morning, not eating properly, drinking too much, not going out. That was our priority because we hated the thought of any of our members slipping away to the sidelines.

“Our manager, Ciaran McElhinney, ran some outstanding high intensity classes online. We also connected through our secretary and started to publish a club gazette that was circulated monthly to all our former members and current players.

“We have a buddy system to make sure people are connected to each other. Even the strongest of people can slip into a depression or a state of anxiety in these times.”

Despite the interruptions to the season, Holloway Gaels reached the London Championship final, only for Parnells to pip them to the title. Aisling was back on the field after her abandoned retirement attempts – her days in the Kerry forward line have been replaced with a stint as goalkeeper – and she hopes to give it another run in 2021. December saw smaller than planned celebrations when she married her partner, while the new year has also brought a renewed sense of hope to the club.

“We just want people to remain healthy in 2021. We definitely want people to get game-time; we have already started online training on Tuesday nights. We obviously want to win the London Championship, and we want to be able to run our Ann Dunning and Chloe Cup.

“The aim is to attract more and more people who maybe thought they were retired; people from diverse backgrounds – not just Irish people.

“We have been chosen by the LGFA to participate in the Gaelic4Girls programme, and we want to ensure that we don’t have a lost generation of young players, who don’t get the chance to play team sport because of Covid.

“As well as all that, we want to develop our home grounds at Downhills Park, which we share and develop with our partner club Éire Óg and Finsbury Rugby Club.

“We are really looking to the future, but this year we want people to be healthy. Hopefully they get a chance to get home to see their families at some point, but the aim is to build on the remarkable year we have had in 2020.”

Comhairle Iar-Bhunscoileanna na Mumhan has unfortunately made the decision to cancel all outstanding Munster GAA Post Primary Schools competitions for the remainder of the current school year 2020-2021. 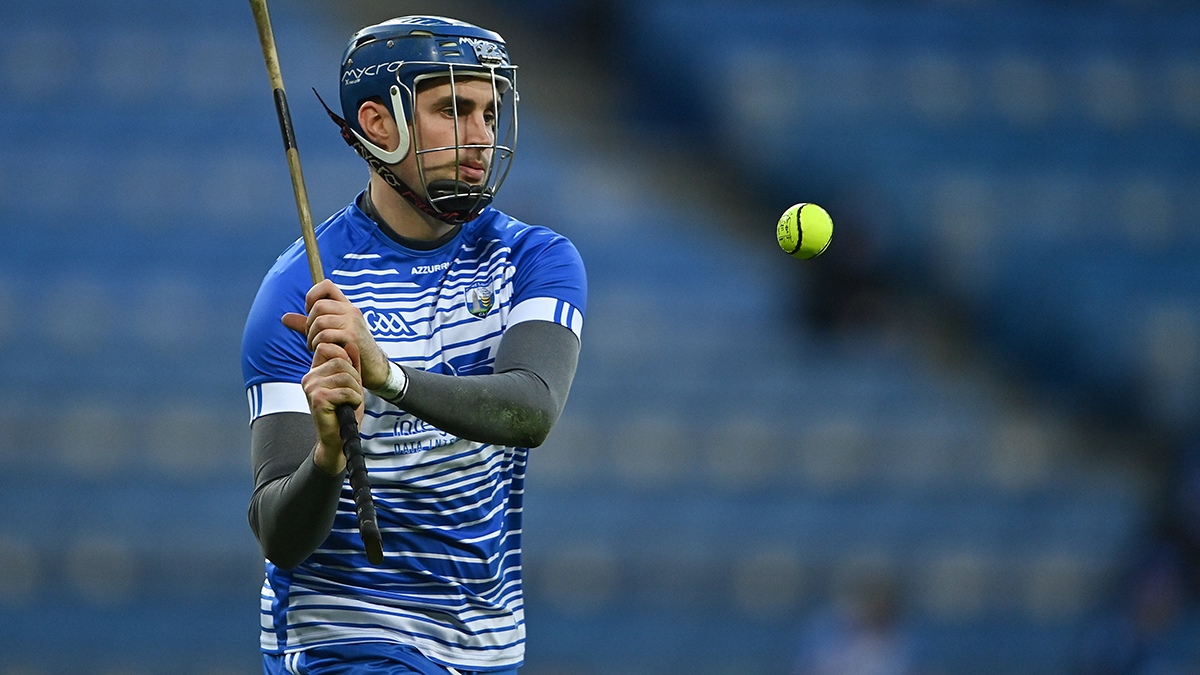 Waterford hurling fans will draw a massive amount of comfort from the news that ace goalkeeper Stephen O’Keeffe is not packing away his hurling kit-bag for good. 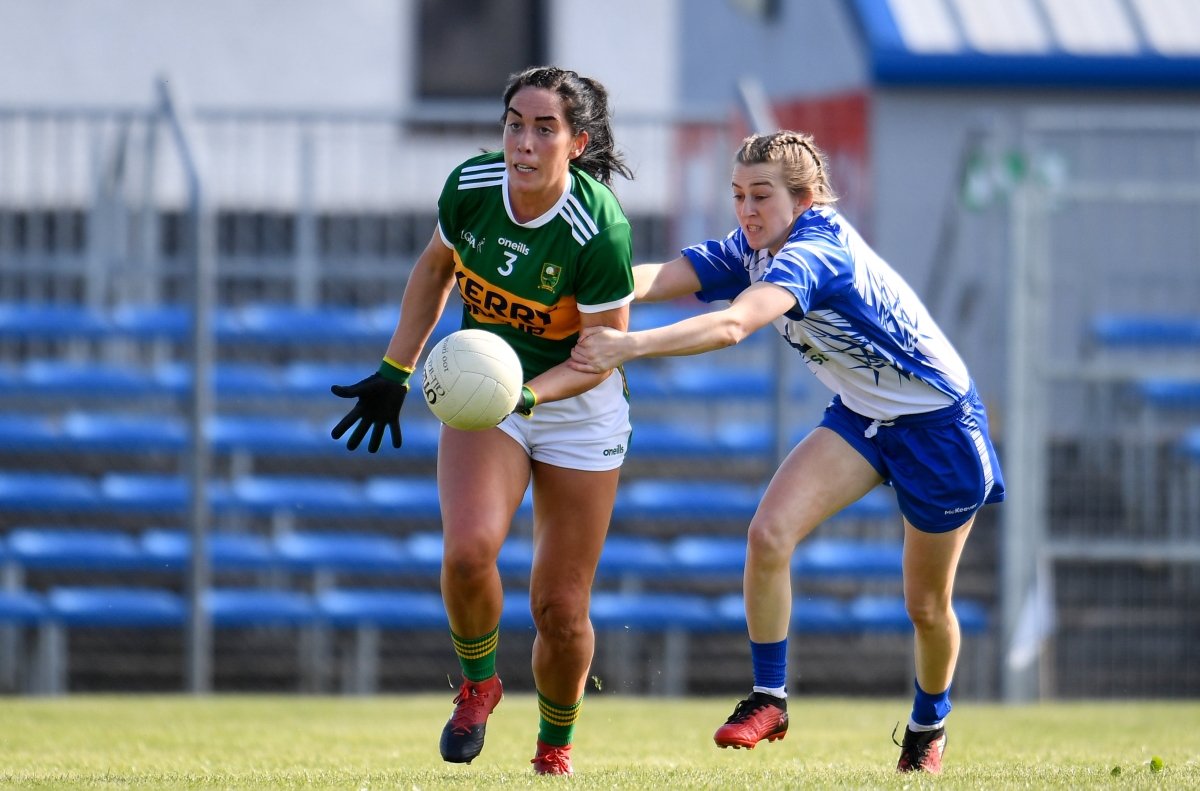 Kerry’s Aislinn Desmond – For a rural part of Kerry, it is really nice to get the captaincy in both codes

Losing just one game in all of 2020 indicates that Ladies Football in Kerry is in a very healthy state, but ending last year without a medal or Lidl National League promotion makes the wait for the new season to commence agonising for the players.