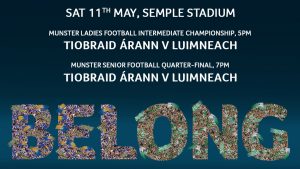 Limerick defeated Tipperary by 3-11 to 1-10 in the Munster Senior Football Championship Quarter-Final on Saturday May 11th at Semple Stadium Thurles.

GAANOW was in Semple Stadium as the @LimerickCLG footballers stunned @TipperaryGAA to get their first championship win in seven years! Watch the highlights from this @MunsterGAA SFC clash here. pic.twitter.com/jTweeQT20c

Report By Stephen Barry for the Irish Examiner newspaper

Limerick produced the first shock of the Championship at Semple Stadium with a remarkable seven-point defeat of Tipperary. They earned the right to meet Cork in the Munster semi-final thanks to goals in the final 23 minutes from Iain Corbett, Cillian Fahy, and Peter Nash.

The 2016 All-Ireland semi-finalists were totally flat throughout, although the sides were rarely separated until deep into the second-half.

Nash’s clincher arrived after a Michael Quinlivan goal, which ultimately proved a mere consolation. 2,165 spectators witnessed the upset, with the minority from Limerick racing onto the pitch to embrace their heroes at full-time.

Limerick had gone seven years without a Munster Championship win, and three since their last Championship win of any type, which looked likely to continue away to a Tipp team with their most pressing injury worries behind them

But when Corbett surged forward, not for the first time, it proved decisive. His run could have been missed as Darragh Treacy attempted to hold possession, but he heard the call, and sent Corbett in to blast home. 1-9 to 0-8 was the score after 47 minutes.

Then, a 56th-minute Jamie Lee shot dropped short and was snatched by Cillian Fahy, who hammered it to the net. The clock had struck 59 minutes and the wide count hit ten before Tipp’s first score of the half – a Conor Sweeney free. Limerick kicked on, with points from Lee and Fahy, the latter a goal chance, to extend the lead to eight, 2-11 to 0-9.

Quinlivan somehow conjured up a Tipp goal with six minutes to go, wriggling out of a dead end and finding the corner of the net from 14 yards out. A Liam McGrath free cut the lead to four.

But the nerves didn’t last long. A huge mark by Tommie Childs, a run by Seamus O’Carroll, a shot by Sean McSweeney somehow saved, but Nash followed in to force the ball over the line. Game over.

Along with a few Tipperary fans😂

The scores were tied at half-time, with Limerick doing most of the front-running. They only trailed twice, and quickly responded with a run of scores on both occasions.

Lee and Adrian English did most of Limerick’s early scoring, and kicked the first two points, although when Steven O’Brien kicked a fine point after a mark, Tipp led 0-3 to 0-2. Had corner-back Shane O’Connell held his nerve in front of goal, that could’ve been more, but Limerick had more chances for goal.

Corbett ran from his own half to the Tipp 14-yard line before blazing over, while O’Carroll and Paul Maher also saw chances blocked or intercepted.

Still, they moved 0-6 to 0-4 clear, with Lee celebrating the pick of the scores with a jubilant roar and fist-pump towards the sideline. It was all going to plan.

The midfielders were enjoying an ocean of space as both teams pressed kick-outs, with Childs and Liam Casey claiming marks and playing on to set up scores. The latter, a McGrath free, tied us up again.

Liam Kearns had seen enough by the break. Robbie Kiely, on his return to action, and Paul Maher were both withdrawn, with Bill Maher and Liam Boland brought on. There was no improvement though. The opposite, if anything.

The Tipp misses kept on coming after the first goal. Steven O’Brien wide. Jack Kennedy, just on, blocked down. Limerick joined them with three wides of their own, but their late goal blast was enough.

REPORT: @LimerickCLG pulled off a brilliant victory over @TipperaryGAA in the Munster SFC Quarter-Final this evening at Semple Stadium.

Tickets available to purchase in advance via tickets.ie, Centra and Supervalu outlets.

t…
The Limerick senior football team for the Munster Championship match vs Tipperary this Saturday in Semple Stadium has been released. Best of luck to all involved pic.twitter.com/BRhlekNWtS

A guide to the @MunsterGAA Senior Football Championship which commences on Saturday evening! 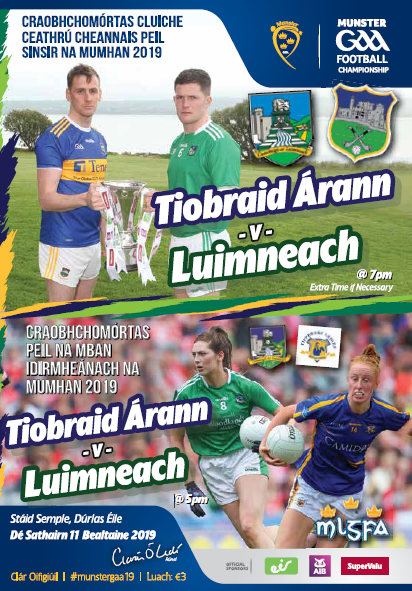