Tipperary’s Tony Wall and Kerry’s Donie O’Sullivan have secured the Hall of Fame Hurling and Football accolades respectively in the 2019 Munster GAA Awards.

The Munster Hurling Hall of Fame winner for 2019 was the captain of Tipperary’s 1958 All-Ireland winning team. He represented Tipperary during a golden era for the county and during a hugely successful career he won five All-Ireland medals, six Munster medals and six National Hurling League medals. He also accepted the Liam MacCarthy Cup in 1962 after Jimmy Doyle, team captain, went off injured against Wexford.

He similarly had a massively successful club career winning ten county titles with Thurles Sarsfields. He was the first Caltex Hurler of the Year in 1958 and was centre back on the Tipperary team of the millennium in 1999. Equally adept with the pen, he wrote a book called ‘Hurling’ in 1965 dealing with coaching and training techniques. He was dedicated to training ensuring he would be the best he could be. A brilliant reader of the game, Tony Wall is a worthy recipient of the Hall of Fame Award.

An All-Ireland winning captain, a two time All-Star, a dedicated Club and District player and above all a brilliant defender, Donie O’Sullivan holds a special place in Kerry GAA folklore.
In a Senior career that spanned from 1962 to 1975, the Spa clubman was a vital cog in the Kerry fullback line with over 100 appearances in the Green and Gold including 35 Championship appearances – all but one them as a starter – with the Killarney teacher having played in six All-Ireland Senior Football Finals.

Off the back of a very successful run by his district East Kerry, who won 4 Kerry Senior Football County Championships titles in 1965, 1968, 1969 and 1970, O’Sullivan got to captain Kerry twice. While it was a Munster Final defeat at the hands of rivals Cork in 1966, four years later O’Sullivan would climb the Hogan steps to accept Sam Maguire for the Kingdom following a 2-19 to 0-18 win over Meath. He played in six National League Finals, winning all six including 4-In-a-Row between 1971 and 1974.

Renowned for the length and accuracy of his dead ball kicking he was also one of the last exponents of the drop-kick, a skill seldom seen in the modern era. In 1971 he was Kerry’s first and only All-Star at number 4 on the inaugural team and would win another in the same position a year later in the company of Mick O’Connell.

Under 20 Footballer of the Year – Cathail O’Mahony

Cathail was a Cork Minor Footballer in 2016 and 2017 before going on to be joint captain when Mitchelstown CBS that won the Munster Senior B Hurling Championship.
In 2019 Cathail played a huge role for Cork in their march to Munster and All-Ireland Under 20 Football glory. His display of point scoring from play and frees was of the highest quality and his tally of 2 goals and 20 points over the campaign showed him as a player with wonderful talent. It culminated in him being named Man of the Match in the All-Ireland Final victory over Dublin and later being named at full-forward on the EirGrid Under 20 Football team of the year.

Muiris (Monnie) Hallahan has been involved in Irish Dancing and Irish Culture in general all his life. Born and reared in the area that is Sliabh gCua which rests between the Comeragh mountains, North of Dungarvan, an area which has been steeped in Traditional Music, Song and Dance since time began. Grandson of Padraigh Ó Milleadha file Sliabh gCua and his mother being an Irish Dance Teacher, it was natural that Monne took a great interest in the Culture.

He commenced teaching dancing at an early age and when Scór commenced in 1969 Monnie immediately became involved and with the continued support of his wife and family and the families of the area he remains involved to this very day. Sliabh gCua under his guidance were successful in winning seven Senior National Scór titles and three Junior. He also had many successes with Newcastle in South Tipperary and Modeligo, Mellerary, The Nire, Coolnasmear and Kilbrien in West Waterford. He has also been involved in teaching dancing in Colaiste na Rinne in West Waterford.

2019 has certainly proven to be a standout year in the Senior Inter-County career of Cork’s Melissa Duggan. A member of the Dohenys club in Dunmanway, Melissa won a first National Ladies Football League title in May of this year when Cork defeated Galway in the Division One decider. As a result of numerous eye-catching performances over the course of the league, Melissa was named at left corner back on the Division One Team of the League.

In June, Melissa claimed a second Munster Senior Ladies Football Championship medal following Cork’s victory over Waterford. Cork bowed out of the All-Ireland Senior Championship at the semi-final stage to the eventual champions Dublin. However, Melissa’s individual excellence throughout the Championship saw her receive a first All-Star award recently. Club success was also to follow this year as Melissa helped Dohenys to win a much coveted County Junior title in October. To complete a remarkable year, Melissa captained Munster last weekend to a second Ladies Football Interprovincial title in a row, a feat last achieved in 2004. 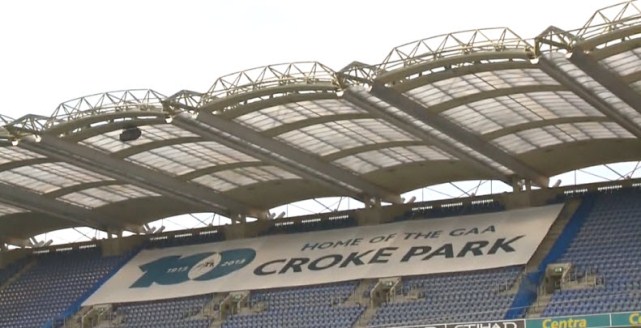 The GAA’s Ard Chomhairle held a meeting on-line earlier today (Saturday) where it was decided to formally proceed with plans to stage the All-Ireland senior, under-20 and minor inter-county football and hurling championships for 2020. 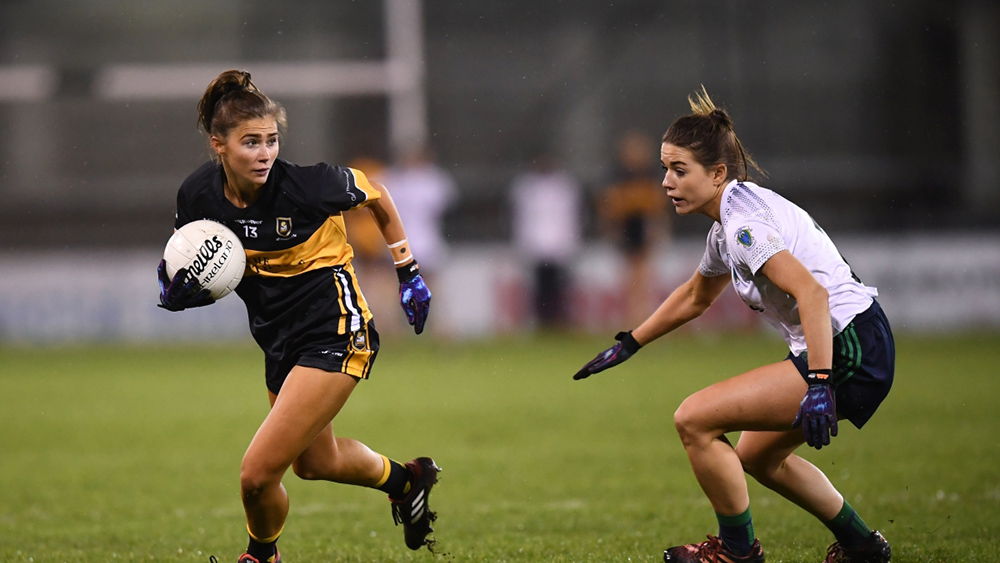 The week leading into a county final can be nerve jangling for players at any grade, but throw in getting your Leaving Cert results, celebrating those achievements and then receiving a college offer, and you can understand how special the last few days have been for Mourneabbey playmaker Ellie Jack. 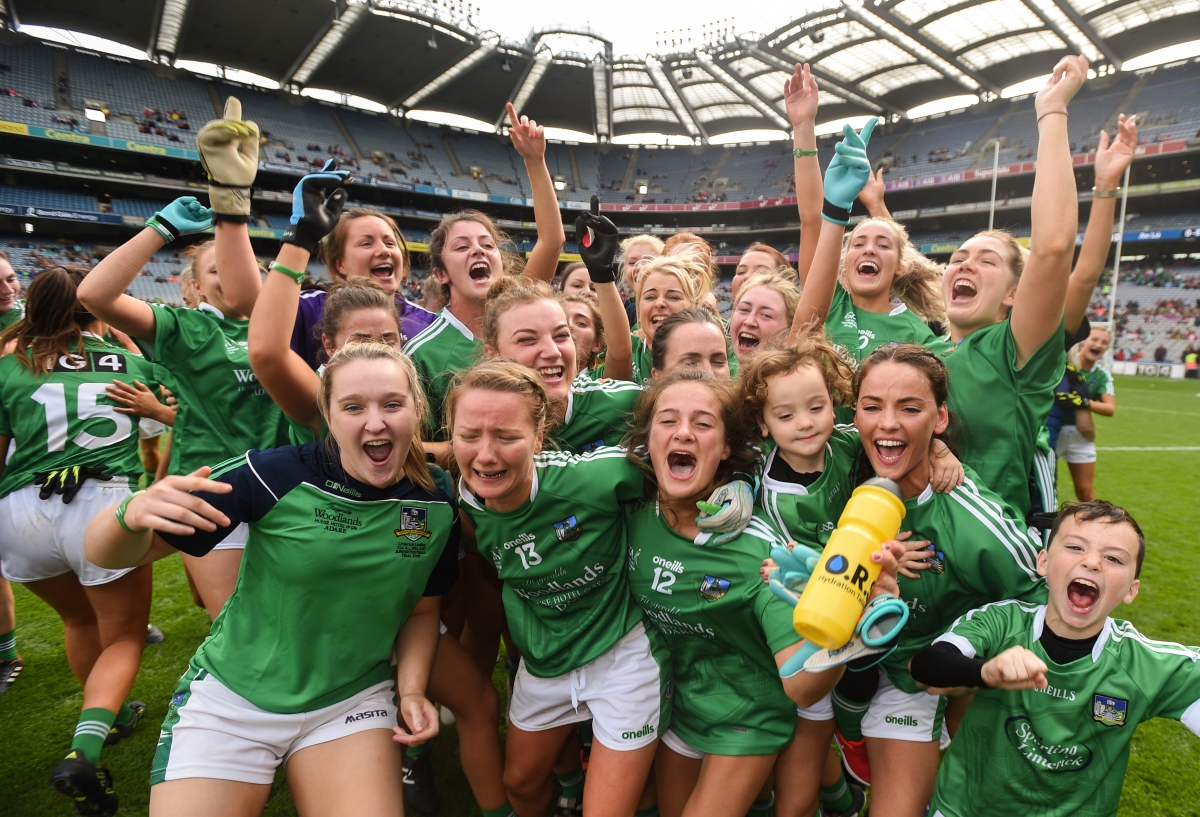 After a successful first week back in school, Limerick Ladies footballer Amy Ryan says she is now focusing on making a return to inter-county action.